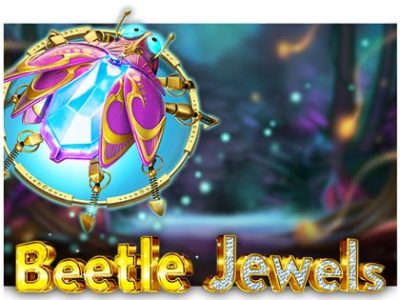 Beetles playing the leading role as magical creatures in a story or as a theme are rather uncommon.

It seems as though the people at online casino games developer iSoftbet wanted to do something about this because the Beetle Jewels video slot puts the beetle in the spotlight. These special beetles are half beetle and half jewel and can land you staggering prizes if the right combination hits the reels.

But even precious beetles like the ones in the Beetle Jewels video slot does not cure my phobia for insects.

If you spin a winning combination of beetles, you will also understand why nobody romanticises these creatures in a story or theme. The wings of the beetles flutter every time you win a prize, and it gives me the shivers. But I love the rewards, so I’m willing to put up with that itchy feeling.

Let’s inspect these colourful insects and see what they’re worth in the Beetle Jewels video slot. 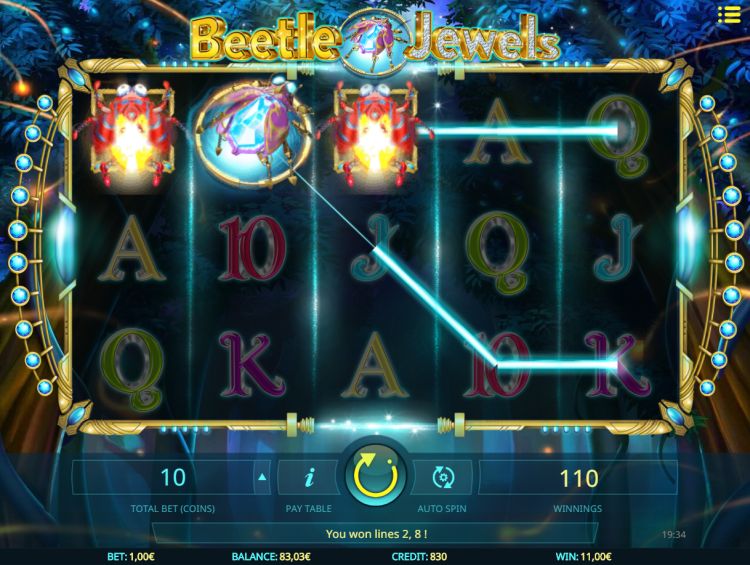 How does the Beetle Jewels video slot work?

The beetles of the Beetle Jewels video slot crawl over 5 reels and 3 rows, and they share the field with the familiar card symbols. There are 10 pay lines, and you can pick a coin value from $€ 0.01 up to £ 1. That means that the minimum bet is 10p per spin and the maximum bet is £ 10 per spin.

The theoretical payout rate is 95.5%, thus below the average of online casino video slots. We estimate the variance of the game to be medium to high. 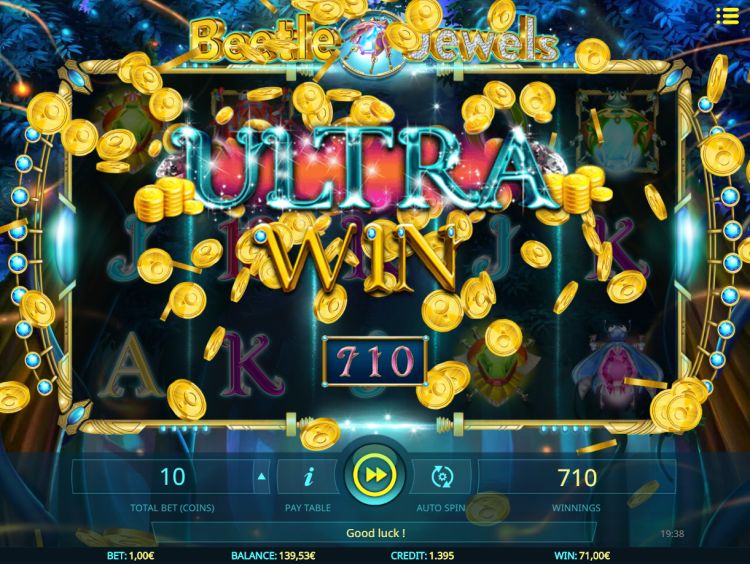 Some beetles are the high-value symbols of the game, and the red beetle with the orange jewel is the highest paying symbol. Five identical red beetles with an orange jewel yield 5,000 coins. The green beetle with a blue jewel awards you 2,000 coins for 5-of-a-kind.

Then there are the well-known card symbols 10, J, Q, K and A that form the low-value symbols in the primary game. With five identical low-value symbols, you can pocket a maximum of 150 coins. That’s not much, but in the bonus game, even a low-value symbol can reward you handsomely with more substantial payouts.

Some of the beetles are not easy to distinguish from each other, but the beetle that may have the most important role in the game is the purple beetle with the blue jewel. You can also recognise this beetle by its light blue eyes. It is the Wild symbol of the game, but it also functions as a scatter symbol. We’ll discuss this role as a scatter symbol in more detail below.

In any case, as a Wild symbol, the blue-eyed beetle replaces all other symbols of the game. Moreover, it yields you 2,000 coins for 5 of the same symbols on the reels. 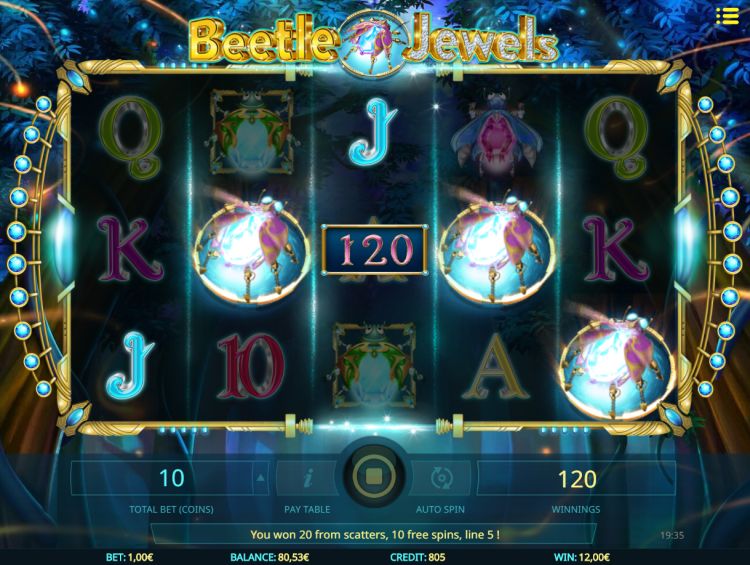 The purple beetle with its blue jewel and light blue eyes also functions as a scatter symbol. If 3, 4 or 5 scatter symbols appear on the reels, you will be awarded 10 free spins.

Free spins can be retriggered. 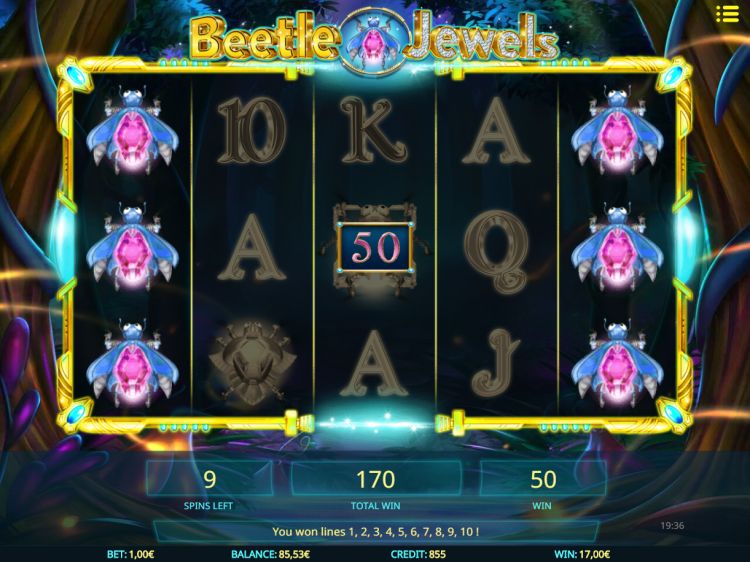 Our verdict on the Beetle Jewels video slot

Beetle Jewels is a colourful Book of Ra/Book of Dead clone with a humorous twist in the bonus feature: every spin, the special symbols change. If you are a fan of such high variance slots, you will undoubtedly love Beetle Jewels.

The graphics are of a high level although I find some beetles hard to distinguish from each other.

But the prizes you win soon clarify the value of each beetle. I’ve got a little problem with the fact that the wings of the beetles flutter every x you manage to spin a winning combination, but that’s a personal issue.

Although the makers of iSoftbet didn’t succeed in alleviating my fear of beetles, I did enjoy the game a bit.

Where can you find Beetle Jewels?