Cluedo – Who Won It? Slot Review 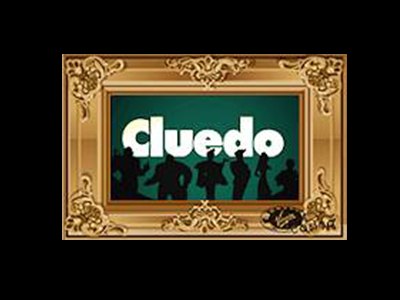 Cluedo – Who Won It? comes to from International Gaming Technologies and this video slot takes after the very popular board game, Clue by Hasbro, who originally named the game Cluedo. This is a 5-reel, 15-payline game that has some great interactive features and a great bonus round. This is a game that’s full of the same kind of suspense that the board game evokes and players have a chance of winning a huge 2,250 bonus payout plus as much as 25,000 credits. You can play the game using the mobile app and it’s also available on Mac computers.

If you’re familiar with Clue, the board game, or Cluedo then you know that this game involves a murder mystery. Players try to determine who the murderer is among a group of suspects. They also need to find out what the weapon was in the murder and in which room inside a mansion the murder occurred. Clues are discovered as the game moves along. The game plays out along the storyline throughout the game. The symbols are the same characters in the board game, plus the familiar playing cards of 9, 10, Jack, Queen, King and Ace icons.

Each of the symbols represent a different weapon, the Ace is the pistol, the King is the hammer, the Queen is the candle-holder, the Jack is the rope, the 10 is the sword, and the 9 is the wrench. The symbols of the characters are Reverend Green, Colonel Mustard, Professor Plum, Mrs White, and Miss Scarlett. Other symbols are the Cluedo logo, which is Wild, and the Newspaper acting as a scatter. The symbols are all animated with very impressive graphics.

Cluedo – Who Won It? gives players the expected features of a video slot, including Wilds, Scatters and a Bonus round. The scatter symbol of the Newspaper pops up on reels 1, 2, and 3 and if it shows up on all 3 of them, it triggers the bonus round. Scatter wins pay up to 100X your bet if 5 pop up on a line. The Wild Cluedo symbol can substitute for all the other symbols, apart from the Bonus. If you get at least 1 Wild substituting in a winning payline, your win gets doubled.

Bonuses Available in the Cluedo Slot

To activate the Cluedo bonus round, you have to have all 3 scatters pop up on an active line. This wins you 15 free spins. While playing the bonus round you get an opportunity to solve the murder by clicking on the magnifying glass to choose a weapon, the crime scene, a perpetrator, each one awarding you bonus credits plus multipliers. You can then decide to accept the option and get your winnings or you can try again up to 2 more times to solve the murder.

Cluedo – Who Won It? Review

This is a great slot for people familiar with the board game and enjoyed playing it, or those who loved the movie as the video slot has a very similar storyline and plot, even the same characters and rooms in the mansion. I can recommend it very highly as it is full of intrigue and suspense.