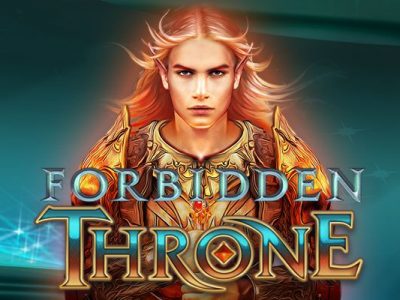 Forbidden Throne is a Microgaming title released in May 2017, and it is remotely based on the Game of Thrones TV series, although it steers into a fantasy theme. The mention of a throne is the only real connection with the Game of Thrones. It’s a 40-payline slot game and bets per spin can range from 40p to £200. 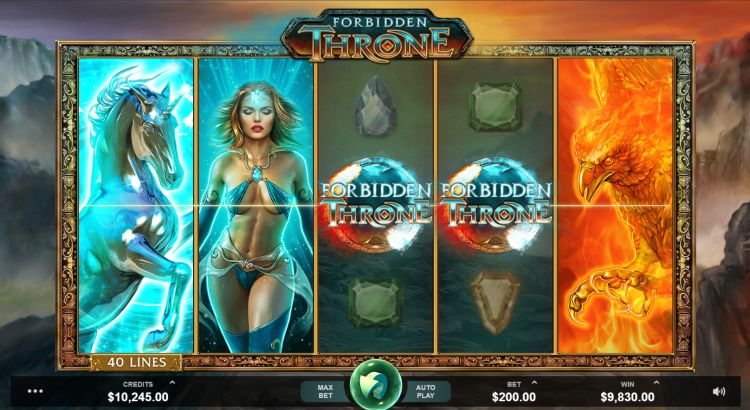 The eleventh paying symbol is Forbidden Throne, also a Wild symbol that substitutes for all symbols except for Scatter, and it pays the most. You’ll still have to get four of them to have a decent win.

On every spin, you get at least one wild reel and a maximum of all five. This matter less than you might expect, as the game’s pay lines are set up in such a way that a wild reel doesn’t guarantee a win.

With so many Wild reels – most often one or two on every spin – and an additional Wild symbol, plus very small pays on symbols, Forbidden Throne is a game that will often be paying but will be paying less than you staked. Very few players will find this attractive, as it’s annoying to watch an animation for a £1.25 win on a £10 bet. It’s even more annoying to get two Wild reels only to see no wins.

The Golden Ball is the Scatter sign, and it shines through the Wild reels, which means you can get a Wild reel and a Scatter at the same time. Three Scatters award 10 free spins, four awards 20, and five awards 30. Pays during the free spins game are the same as in the base game. Free spins can be re-triggered though so you can get more than you were initially awarded.

Big wins are possible, such as 50x your bet, though for them you’ll have to combine several winning lines and will probably have to get at least three Wild reels.

The free spins game, in theory, is supposed to pay the same as the base game. But that applies to the pays, not the frequency of wins. It seems that during the free spins game the win frequency is significantly increased, and you’ll probably get a nice win on each of your free spins. This is where you’ll get your money back and perhaps make it to positive.

Our verdict on the Forbidden Throne slot

The theoretical return to player (RTP) is only 95.03% which isn’t good enough for a serious slot game, so we can say Forbidden Throne is mostly just a great visual experience but not a quality gambling experience. Though that doesn’t mean you won’t land a big win with the help of some wild reels!