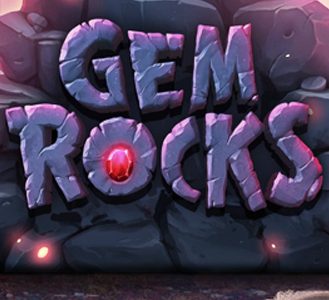 Produced by Yggdrasil, Gem Rocks is a pretty new slot that was released in February, 2018. This online slot has an RTP of 96.2% and is definitely a high variance slot – not for the faint of heart.

In this game, you have a 6×4 grid of rocks with different symbols inside of them. One neat feature of this game is that after you hit a combo, those blocks actually disappear and some more fall down, giving you a second bite at the apple. Not only that, if you hit consecutive wins, then you unleash the rock monster that hops onto the screen and gives you some money. 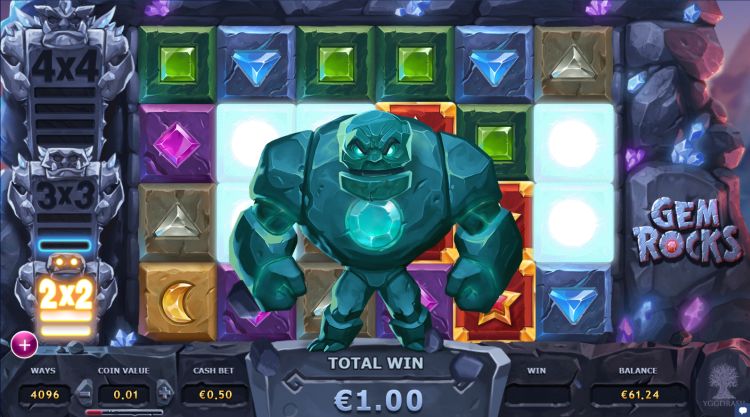 Get Mega Symbols with the rock monster

The rock monster is triggered after two, five, and nine consecutive wins, and the longer the run of wins you had the larger the rock monster. The rock monster is great because when he hops onto the screen he eats up all of the blocks of a certain type, which gives you a big payout and more chances to win as the replacement blocks keep falling.

The 3rd rock monster to appear (after 9 consecutive wins) will award a 4 x 4 block of the same symbol. And to make it even more interesting, every appearance of the rock monster is a guaranteed win!

In terms of the rocks themselves, different rocks payout at a different rate. From the order of highest value to lowest they are a star, crescent moon, circle, upside down triangle, triangle, square, diamond and tilted plus symbol. 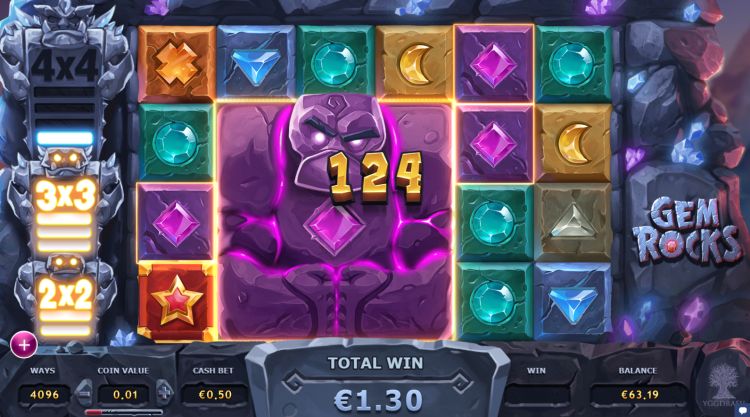 This is why the game is described as 4,096 ways to win because there are so many possibilities for comboing each other if you have a large cluster of the same symbol. 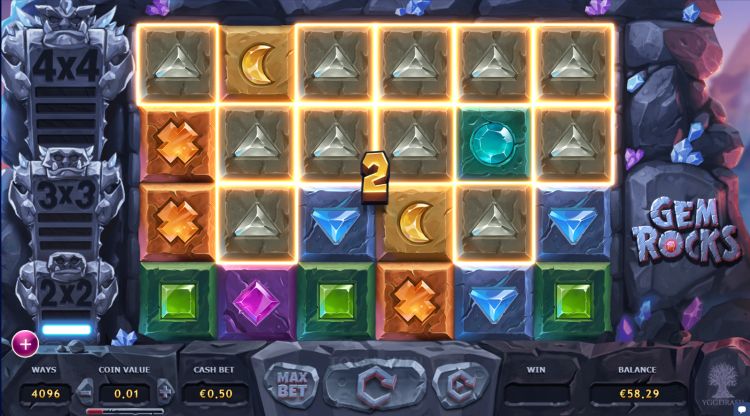 Our verdict: a true diamond in the rough

Gem Rocks is a super fun slot to play and, as it is a high variance slot, it can really scoop up some amazing wins for you. The maximum payout per spin is a whopping 9,000 x bet.
A large number of symbols make things more interesting, and the game is a bit of a different concept than most of the other slots out there.

The rock monster is a really clever invention, and it is just great when starts chomping away on those rocks. It is also cool that there are different levels of rock monsters. Aside from that, you can tell that this game is practically brand new, the graphics are smooth, and the gameplay is quite fun.

Definitely, you should check this one out.

At Casino Heroes can you play Gem Rocks for free or for real money. New players are treated like royalty at Casino Heroes: you receive a 100% bonus up to £50 or up to 375 extra spins.

Casino Heroes is fully UK licensed and offers a unique gaming experience: play your favourite Netent, Yggdrasil and Quickspin online slots, explore new worlds and fight boss battles. Win rubies to spend in the Casino Heroes shop or extra spins worth up to £4 per spin.

Bonus offer is for new depositing players only. Bonus terms and conditions apply.