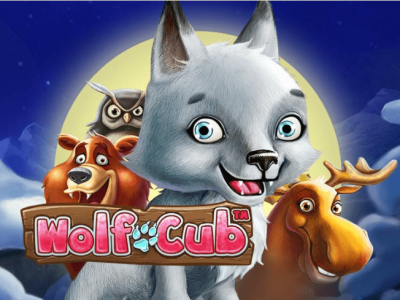 The game is fast, straightforward and easy to play, and features a 5 reel, 20 pay line setup and a thrilling free spins game that can yield up to 115 free spins! The biggest attraction of Wolf Cub is the unique Blizzard Feature, where you can win a full screen of symbols including the wild symbol for a maximum pay out of 400,000 coins.

What is the RTP and variance of Wolf Cub?

Wolf Cub offers players a theoretical Return to Player of 96.34%. The game has medium variance. Wins do not come around too often, but at least this game does not annoy you with wins smaller than your total bet. The balance of the game is great: the bonus feature is frequently activated, and medium to big wins can occur at all times.

It is very likely Wolf Cub won’t dig too deep into your bankroll before you trigger the free spins game. 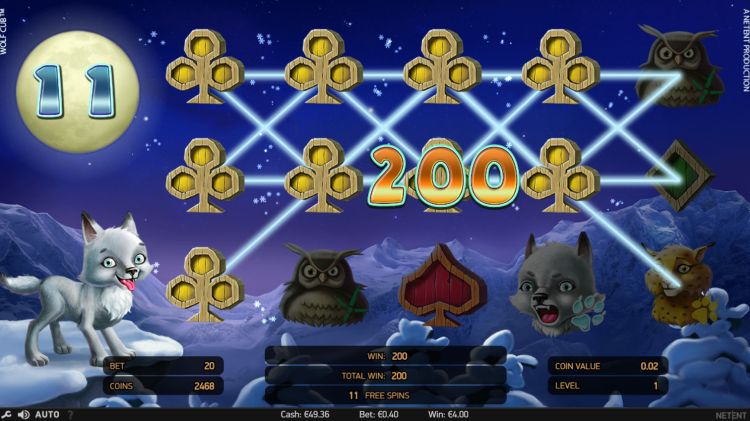 The animals are the premium symbols of the game, and there are five of them: Wolf Cub, Bear, Moose, Leopard and Owl. A five-of-a-kind on of these animals will pay between 150 and 600 coins.

The card symbols, which have been given a nice “woody” design, are the lesser paying symbols and pay out 80 coins for a five-of-a-kind.

The wild symbol substitutes all symbols, except the scatter symbol. It is also the highest-paying symbol, netting a cool 2.000 coins when you line up 5 wilds on an active pay line. The Scatter symbol can appear on all reels and triggers the free spins game when 3 or more appear on the reels. 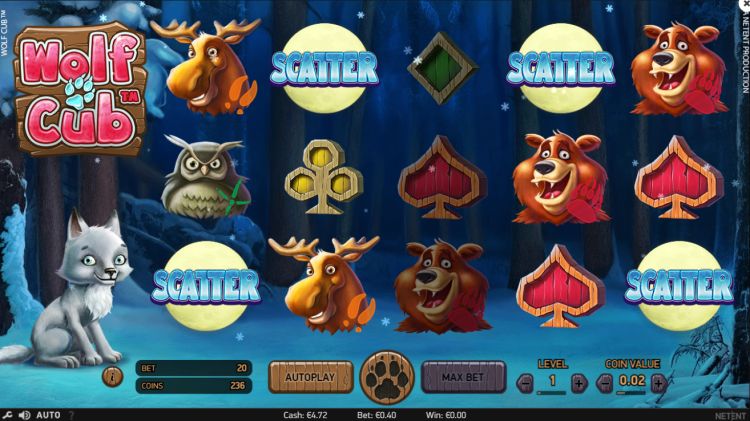 The Free Spins Bonus: get 115 free spins with the Blizzard Feature

This mechanism means you will frequently fill entire reel sets with the same symbol, bringing in some nice cash wins. To make this bonus even more attractive, it is possible to get a full stack of wilds on the 1st reel. 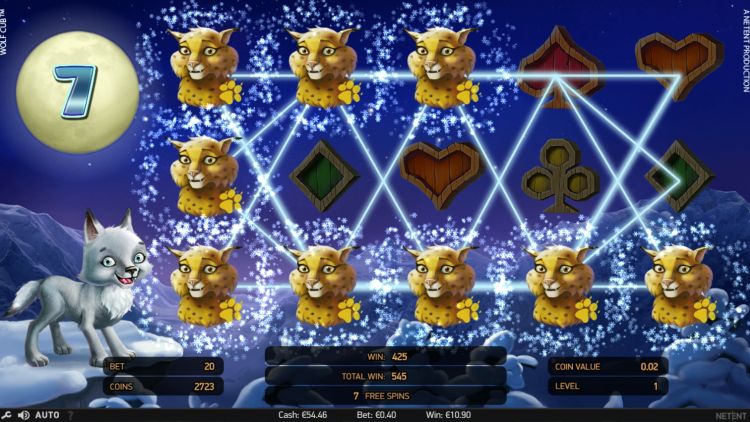 Our verdict on Wolf Cub

We enjoy playing Wolf Cub. Yes, the graphics do suffer a bit from cuteness overload, but the exciting and fast gameplay makes up for that. You can win up to 115 free spins with each spin coming with big win potential.

Wolf Cub might be a simple slot game, that does not mean it is boring. The gameplay is fast and furious, and bonus features are often triggered.

This is an enjoyable slot game by Netent that is very easy to play and even easier to have a bit of fun on. 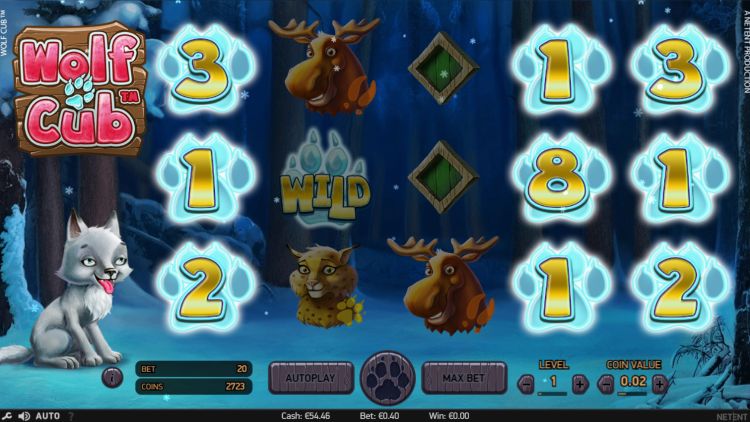 You can find Wolf Cub at all Netent Casinos.

One of our favourite Netent casinos is the UK-licensed Slots Million, which offers players a huge selection of slots and a superb, user-friendly, interface.